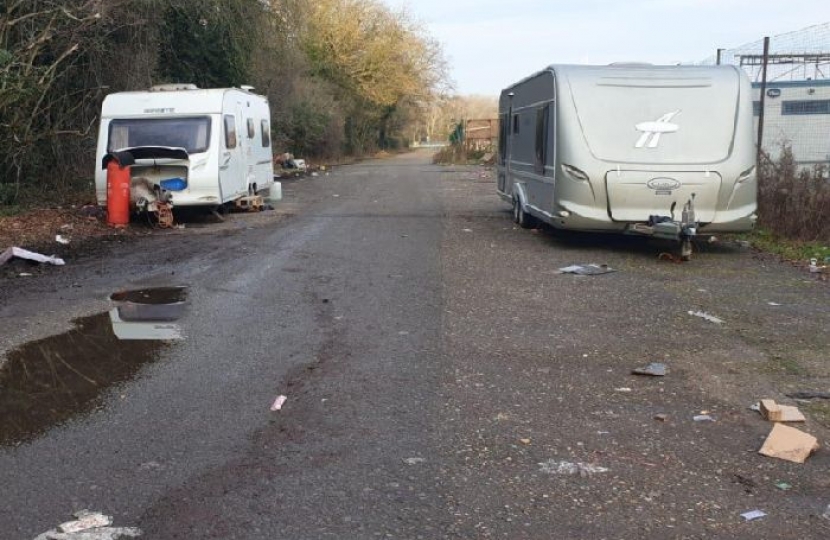 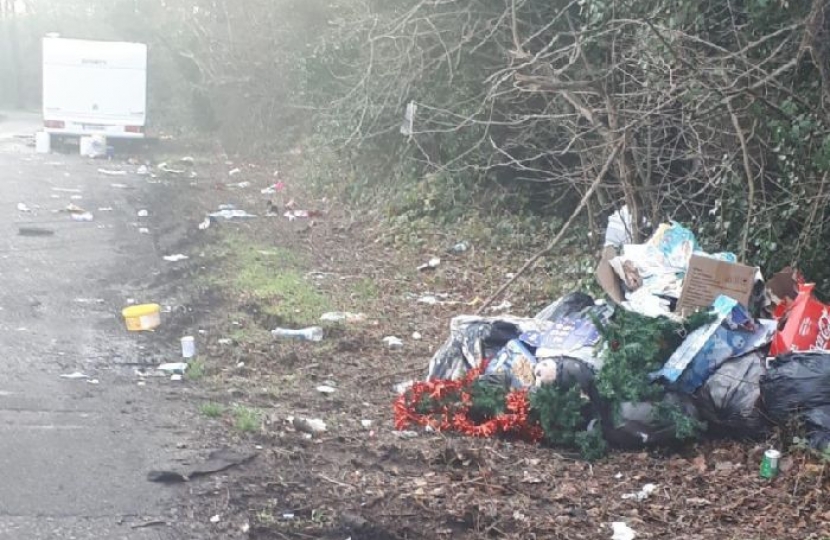 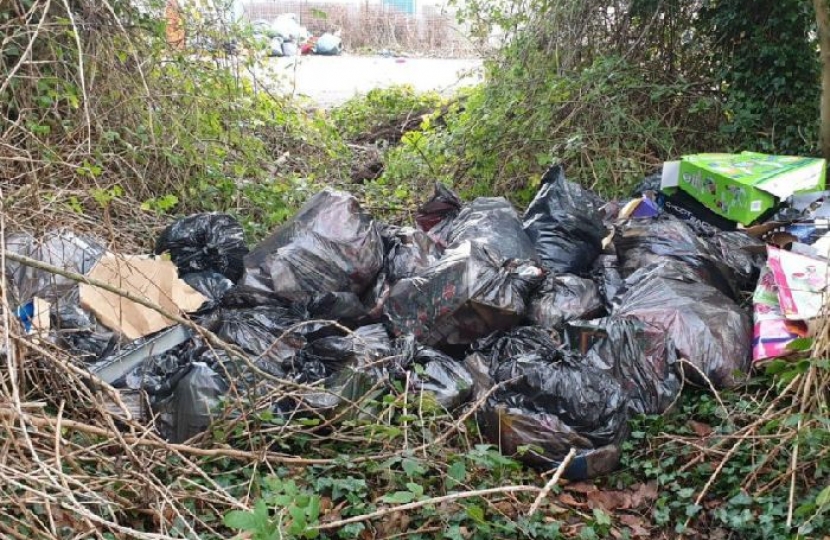 Paul Bristow said the group had even left faeces before departing on Sunday. And he also highlighted the recent announcement in the Queen’s Speech that police will in the near future be granted more powers to tackle unuathorised encampments.

He said: “Police will soon get powers to arrest travellers and seize caravans if they set up illegal campsites on private or public land. Peterborough needs this.”

Nobody from Aragon Direct Services, the council-run company which clears up fly-tipping, was available for comment.

Today I met Tegan, Evie, Isla and Lilly from Eye #Peterborough who have raised over £1,000 for our NHS by drawlng an inspiring chalk murial on their wall.