I Was Told by Neighbours The Noise Was Like A Bomb Going Off! 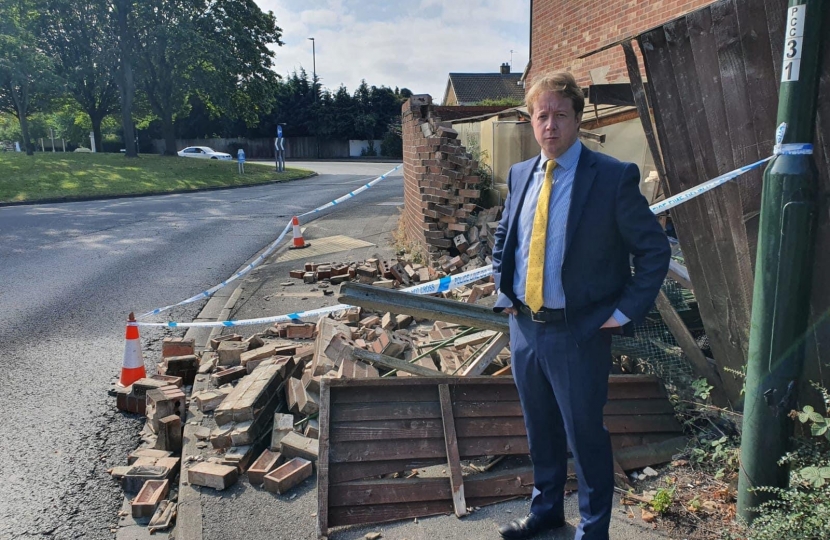 This morning I was on Atherstone Avenue talking to residents and looking at the damage caused by a drink driver in the early hours of Sunday morning.

Earlier this month a car crashed into another home for the second time in three years - AGAIN on Atherstone Avenue.

This is not a coincidence.  Drink and drug drivers are a menace in this part of Peterborough - as are drivers literally racing one another down this long straight road.

I was told by neighbours the noise was like a bomb going off!

Enough is enough! I am working with residents and Cllr Gul Nawaz, to press for measures the City Council can put in place to deal with dreadful situation.

It’s a miracle no one has yet been seriously injured or worse.  It’s time for action.

WATCH #Peterborough is bouncing back 💙